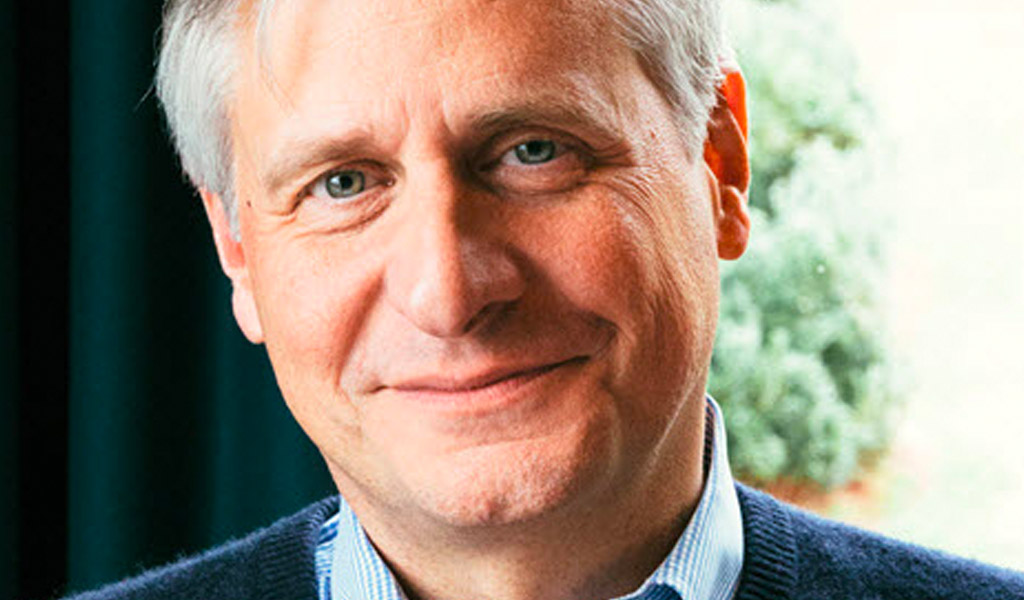 Cadence13, Pulitzer Prize-Winning Historian Jon Meacham, and HISTORY Expand Partnership with Documentary Podcast Franchise Featuring Some of the Most Important and Timeless Speeches in History

Season One of C13Originals “It Was Said” Docuseries to Feature the Unforgettable Words of Martin Luther King, Jr., JFK, John Lewis, Hillary Clinton and more 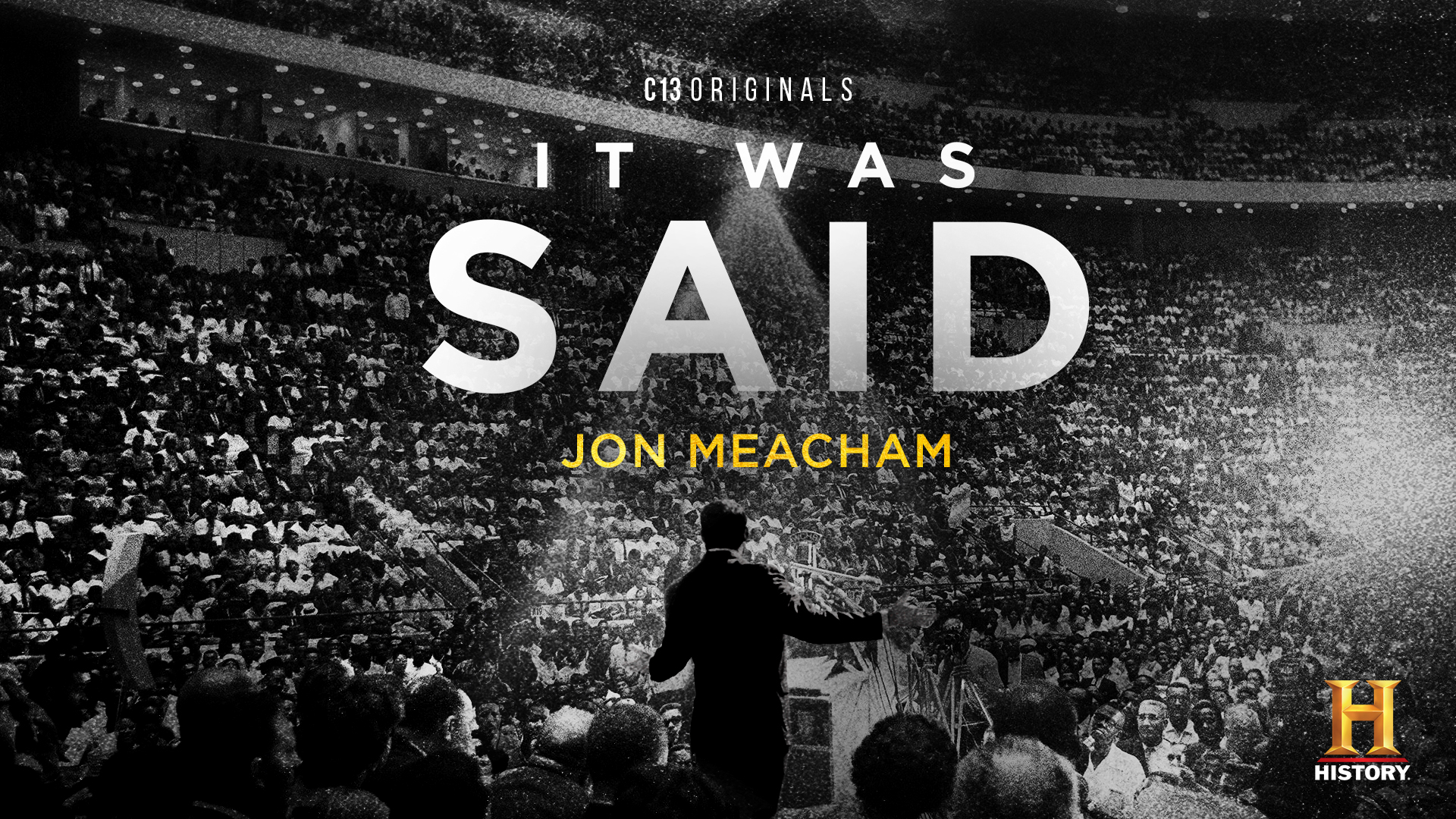 New York, NY (August 31, 2020)—C13Originals, the Peabody-Award nominated studio division of leading premium podcast company Cadence13, today announced it is expanding its partnership with Pulitzer Prize-winning historian and #1 New York Times bestselling author Jon Meacham, and HISTORY with It Was Said, a new podcast documentary series focused on some of the most important, impactful and relevant speeches in history.

It Was Said marks Cadence13’s second collaboration with Meacham and HISTORY, following the recent first season of the timely, inspirational and educational documentary podcast series Hope, Through History. Cadence13 is part of Entercom’s Podcast Network.

Created, directed and produced by C13Originals, written and narrated by Meacham, with HISTORY providing creative consultation, archive materials, additional resources and co-marketing, season one of It Was Said will feature ten of the most significant and timeless speeches in history.

Drawing on a selection of speeches from powerful figures in history like Martin Luther King, Jr., Ronald Reagan, JFK, RFK, Barack Obama, Hillary Clinton, John Lewis, Edward R. Murrow, and Barbara Jordan, Meacham will offer expert insight and analysis into their origins, the orator, the context of the times they were given, why they are still relevant today, and the importance of never forgetting them. Each episode of this documentary podcast series

will also bring together some of the top historians, authors and journalists relevant to each respective speech and figure.

Throughout the course of ten episodes, It Was Said will feature brave and bold words that would shape history and whose messages are incredibly relevant today, and for generations to come, including:

It Was Said will launch on September 2, 2020 with the first two episodes of season one of this 10-part documentary series, on Apple Podcasts, RADIO.COM, Spotify, and everywhere podcasts are available. Listen to the trailer and subscribe to the series here: http://bit.ly/ItWasSaid.

Looking forward to the launch, Meacham said, “Words matter, and I’m honored to have the opportunity to work again with the terrific team at Cadence13 to bring some of the most important speeches and moments in our history to life again.”

“When the moment comes that we can look back on 2020, we’ll look to great speeches and leaders that helped guide us through the challenges and opportunities we faced, just as we do with these historic speeches,” said Chris Corcoran, Chief Content Officer, Cadence13 and EP of the franchise. “Having Jon Meacham guide us through the words and context of these speeches, along with the collaboration of HISTORY, is exactly the type of meaningful content we are passionate to create at C13.”

“At a time when we’re all looking for beacons of hope, it’s incredibly cogent and even comforting to revisit some of the most moving speeches born from other indelible moments in our collective history,” said Mark Garner, executive vice president of Global Content Licensing for A+E Networks. “HISTORY is proud to again partner with Jon Meacham and Cadence13 for It Was Said’s audio exploration of past inspiration.”

Jon Meacham will write and narrate the It Was Said franchise, with C13’s Chief Content Officer Chris Corcoran and Meacham serving as Executive Producers, and C13Originals directing and producing. HISTORY will provide access to their deep and rich archival material, marketing support and creative consultation.

Download the cover art for It Was Said here: https://we.tl/t-QbaHWXEUa6.

Jon Meacham is a Pulitzer Prize-winning biographer. His latest work, His Truth Is Marching On: John Lewis and the Power of Hope, was published on August 25, 2020 with Penguin Random House. He is the author of #1 New York Times bestselling books including The Hope of Glory: Reflections on the Last Words of Jesus from the Cross; The Soul of America: The Battle for Our Better Angels; Thomas Jefferson: The Art of Power; American Lion: Andrew Jackson in the White House; Franklin and Winston; Destiny and Power: The American Odyssey of George Herbert Walker Bush; and Songs of America: Patriotism, Protest, and the Music That Made a Nation. He is the host of Cadence13’s Hope, Through History documentary podcast franchise, a distinguished visiting professor at Vanderbilt University, a contributing writer for The New York Times Book Review, and a fellow of the Society of American Historians. Meacham lives in Nashville with his wife and children.

A+E Networks® is a global content company comprised of some of the most popular and culturally-relevant brands in media including A&E®, Lifetime®, HISTORY®, LMN®, FYI®, VICE TV® and Blaze®.  A+E Networks’ portfolio extends across platforms and genres, with a scripted production division, A+E Studios™; unscripted production through Six West Media™; independent film unit A&E IndieFilms®; watch apps, games, FAST channels, AVOD, and SVOD initiatives including Lifetime Movie Club and HISTORY Vault; and podcasts such as History This Week, through A+E Digital®;  Experiential/branded live events and Ecommerce through A+E Consumer Enterprises®; and branded channels, content distribution and scripted/unscripted co-productions around the world through A+E International®.  A+E Networks’ channels and branded programming reach more than 335 million households in over 200 territories in 41 languages. A+E Networks is a joint venture of Disney-ABC Television Group and Hearst. Follow us on Twitter at twitter.com/aenetworks and Facebook at facebook.com/AENetworks.